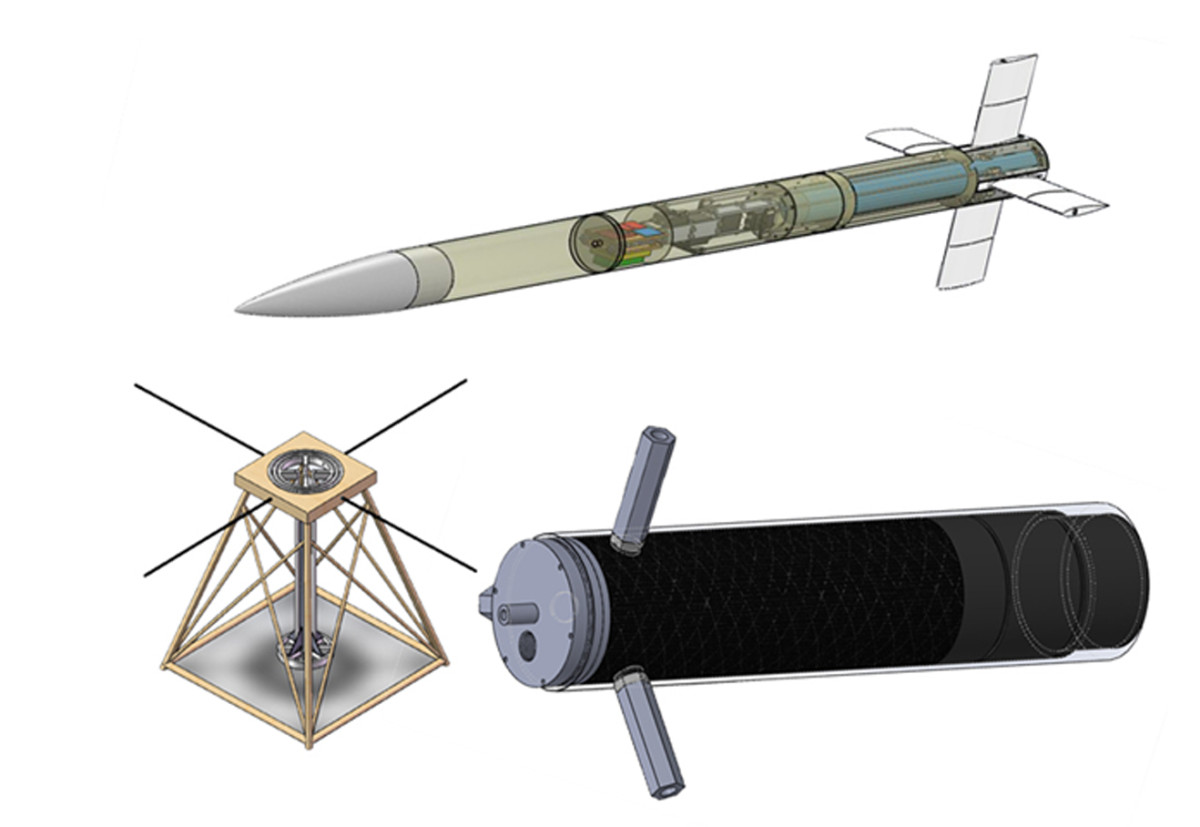 Background
The goal of the Rocket Project this year will be taking a step in a new direction. The research and work put into this project is geared toward at a multi-year goal. That goal is, in short, to carry the payload of a CubeSAT to the edge of the earth’s atmosphere via Rockoon. The team needs to design and develop an Engine, Avionics System, and Launching Apparatus to complete this task. All three sub teams are tasked with fabricating and testing a preliminary design this year. The purpose for this research and apply alternative methods for launching CubeSAT into Low Earth Orbits.
Goal and Objectives
The project is divided into three Sub Teams: Avionics, Structures, and Propulsion.

The goal for Avionics team this year is to produce an active stabilization system that will compensate for any unwanted trajectories during flight. The system will implement 4 servo motors to actuate fin tips, changing their angle of attack. The Avionics Team has finalized their first design, which will implement a small scale rocket with actively controlled fins. The team will utilize the speed and versatility of a Propeller Microcontroller to handle the Avionics system and control laws. The initial design will primarily control the roll of the rocket during flight. The next year’s goal will be to implement the mechanical design and coding to handling a larger scale rocket that will stabilize Pitch, Roll, and Yaw motions.

The focus for the structure team this year will be to prove the concept of using a rockoon as a less expensive method to reach higher altitudes than conventional sounding rockets. Our goal is to design, build, and launch a rocket from an elevated starting position from a balloon platform, and then safely recover both the rocket and platform. In order to achieve this, we will fabricate two prototype rockoons that allows us to test our components and concepts in an inexpensive and expendable manner.

Test how well our theoretical design calculations match with the actual rocket engine. The development of the engine is currently broken down to the major engine components of the nozzle, combustion chamber, ignition system, and injector plate. We will be designing this engine to conduct static test fires to measure total thrust output. A static test fire is when a rocket engine is ignited for a short period of time to see if the engine is operating correctly and once it is deemed fully operational, the burn sequences are lengthened to measure thrust output. 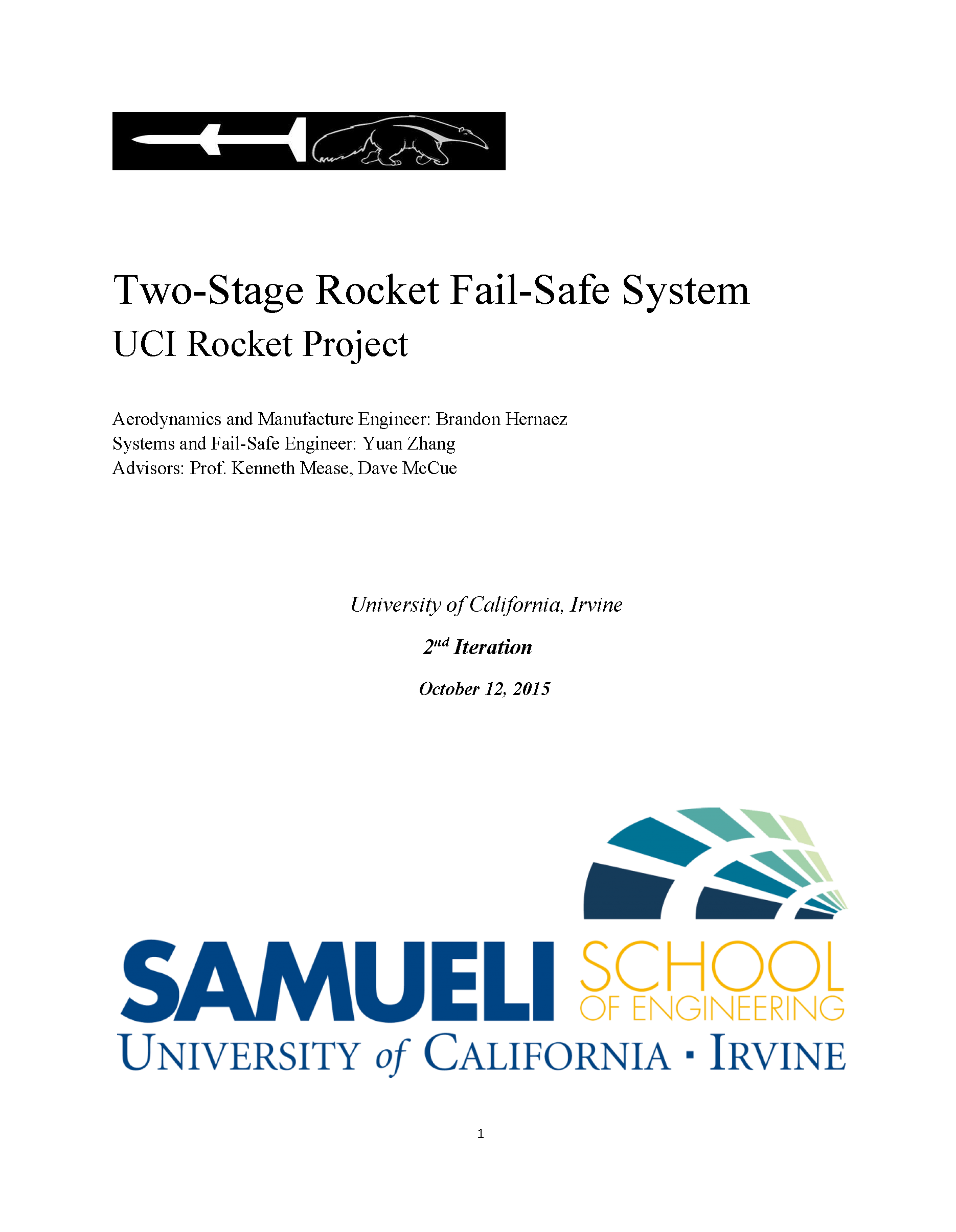 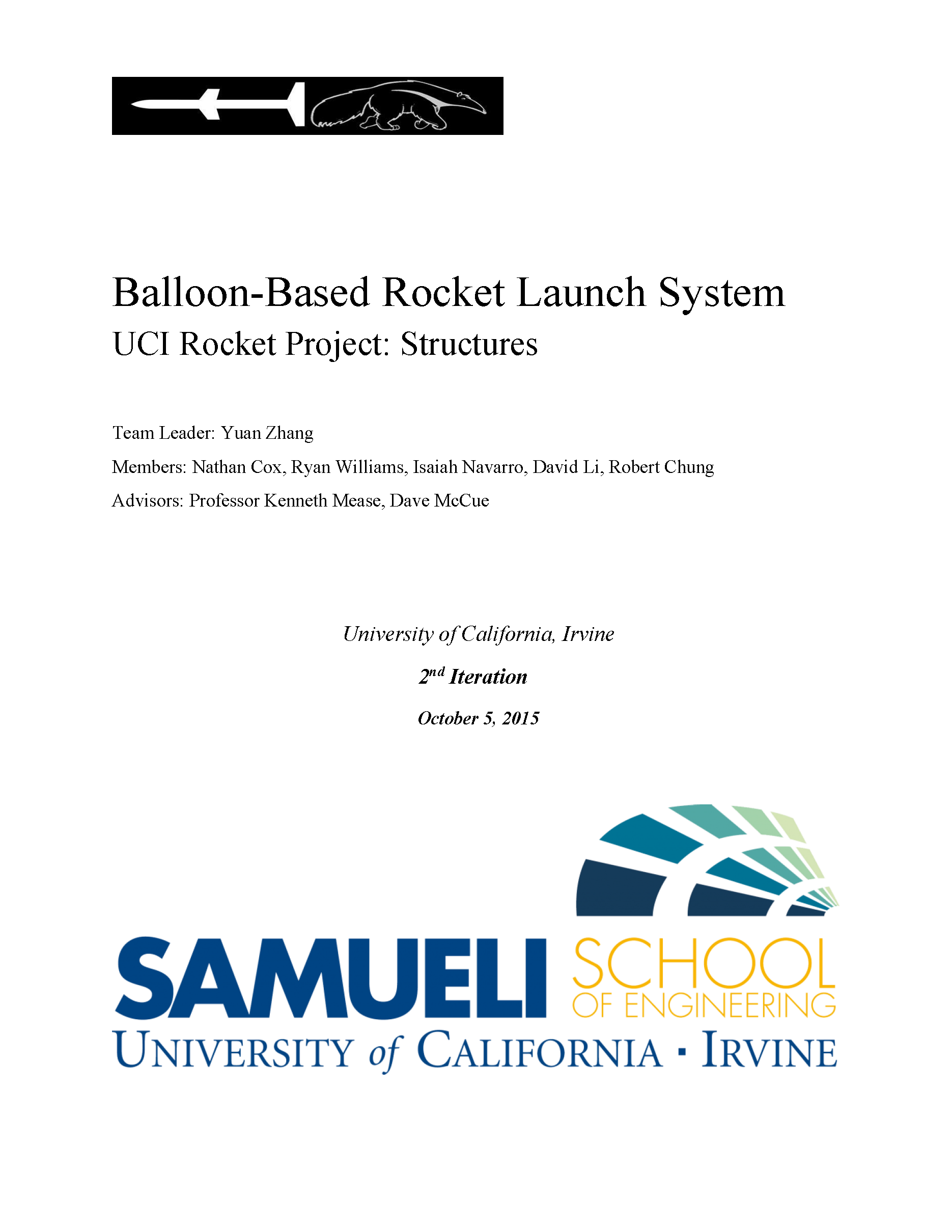 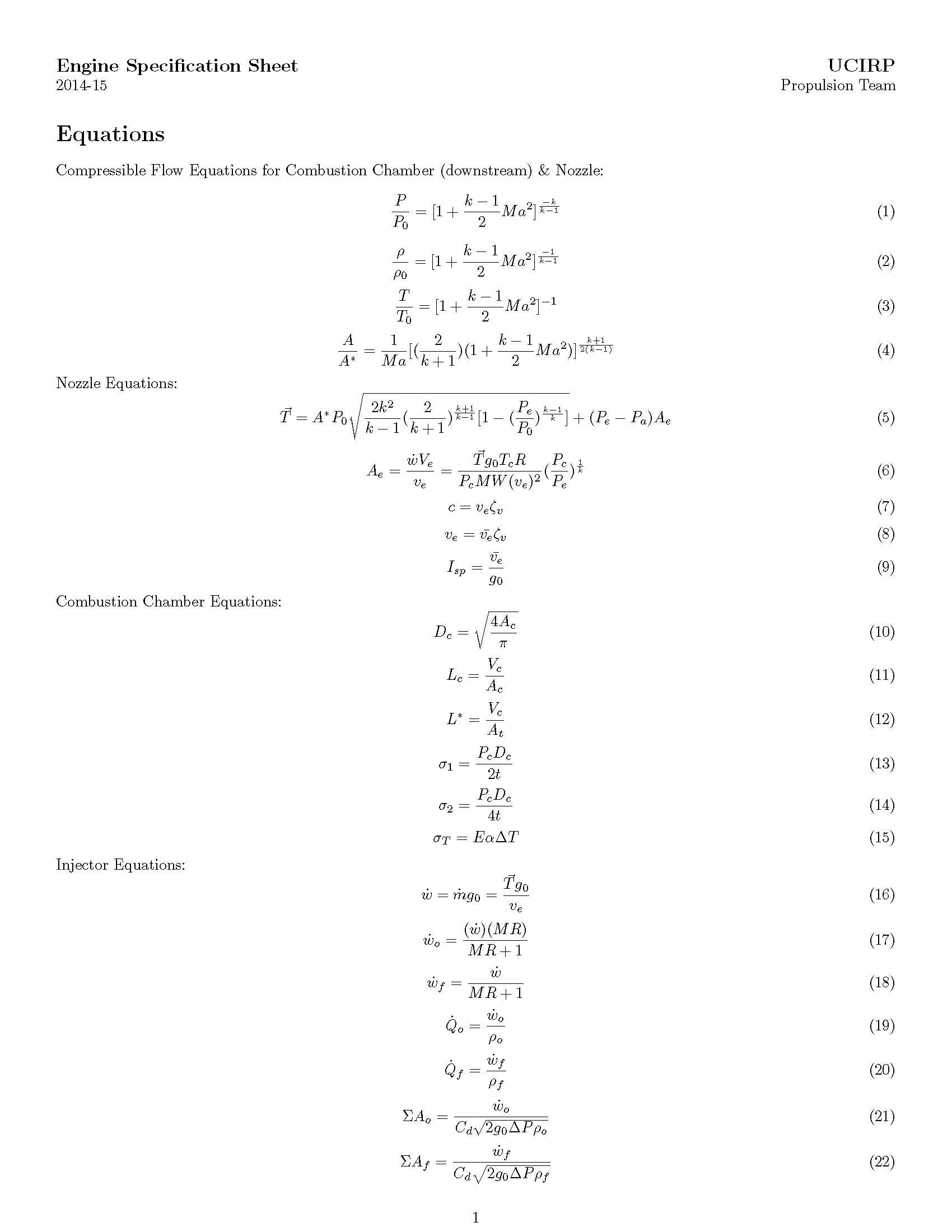 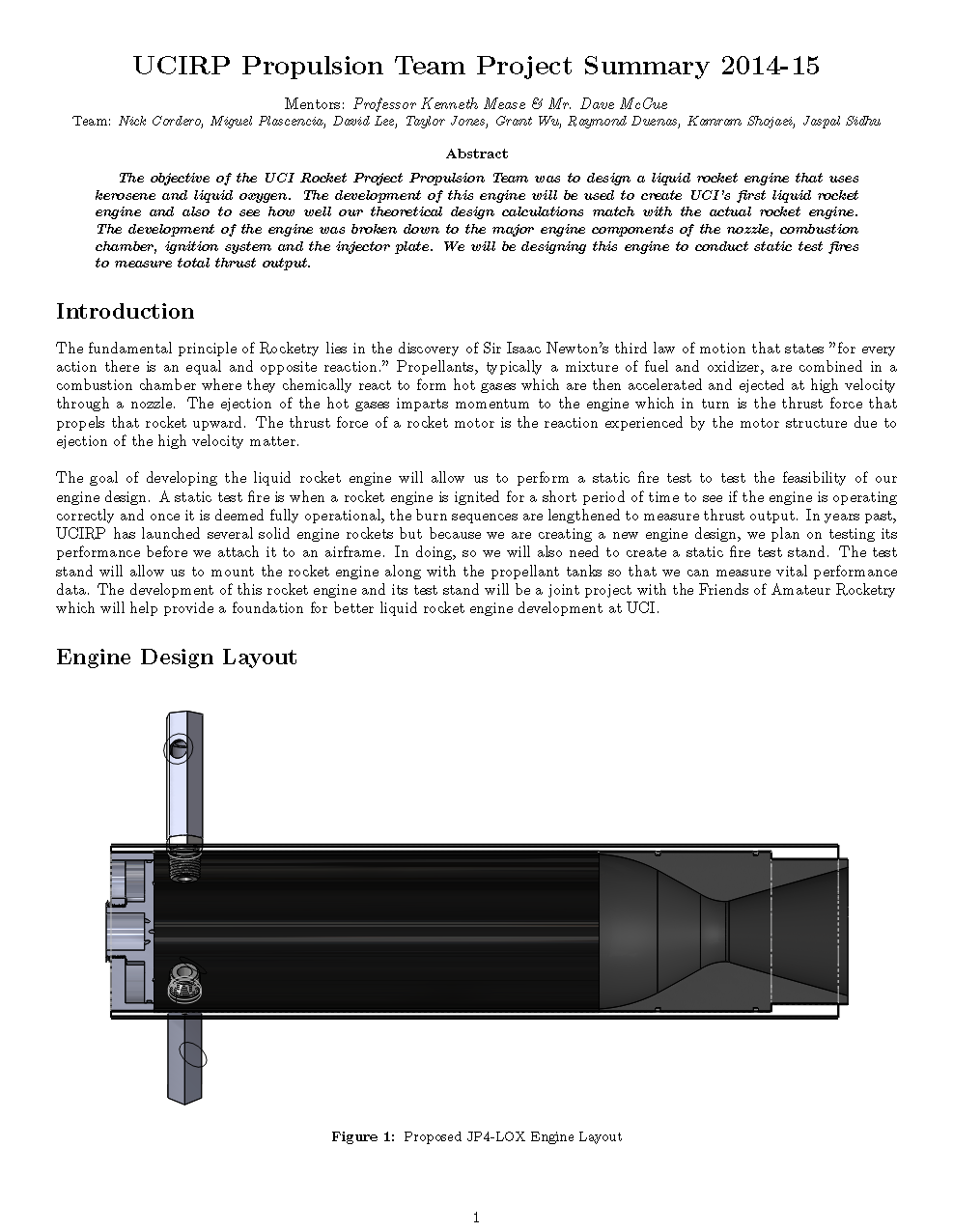 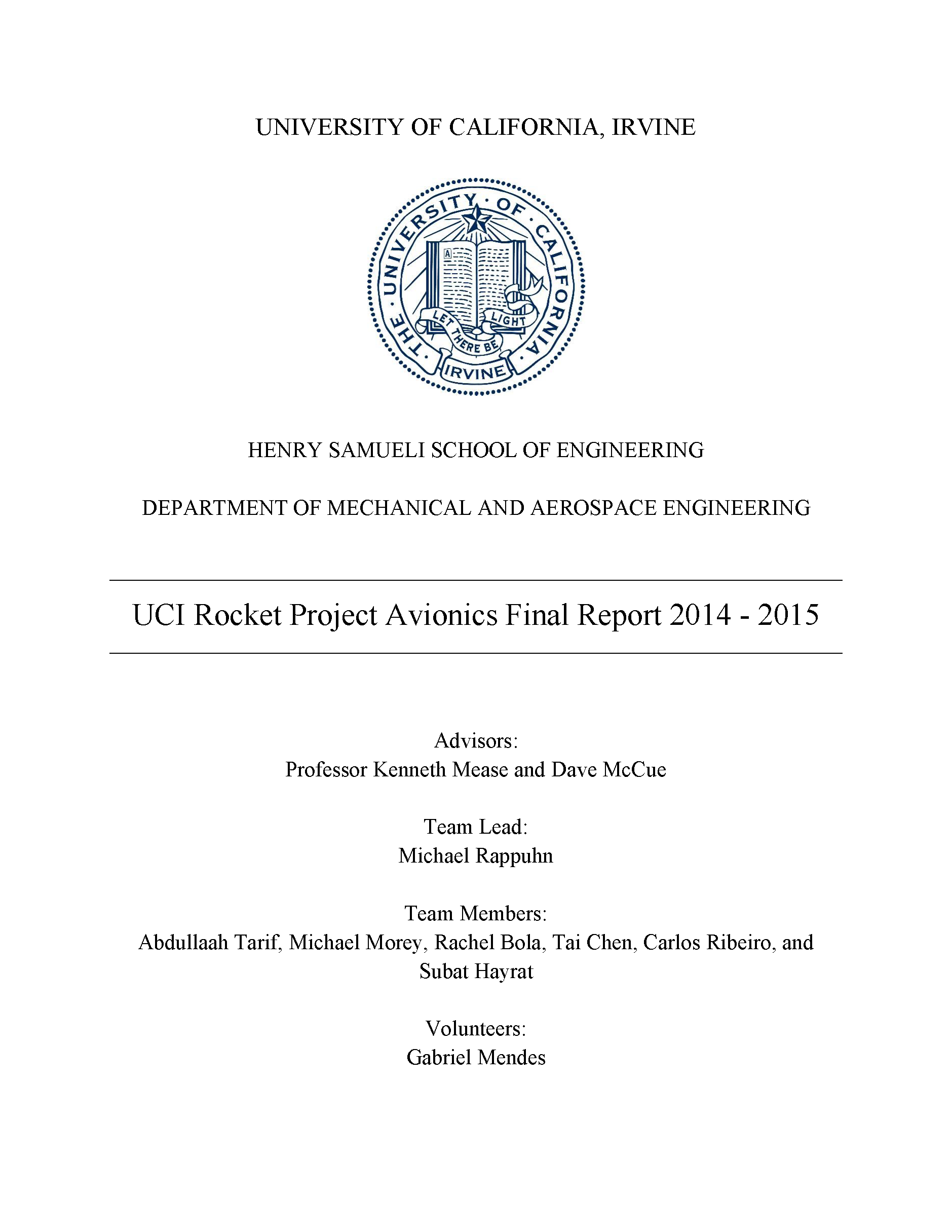 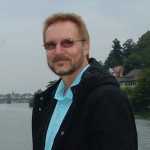 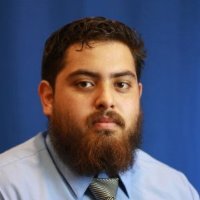 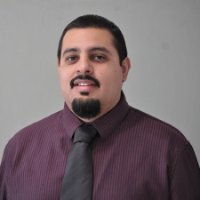 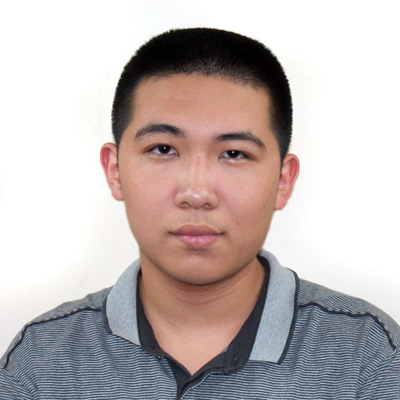 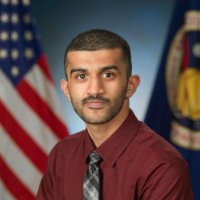