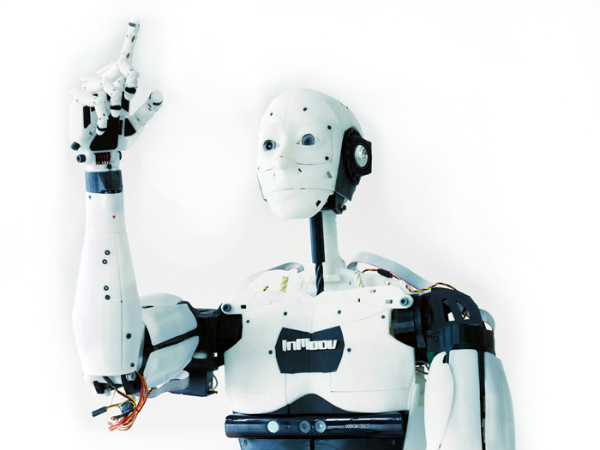 A New Form of Robotics! 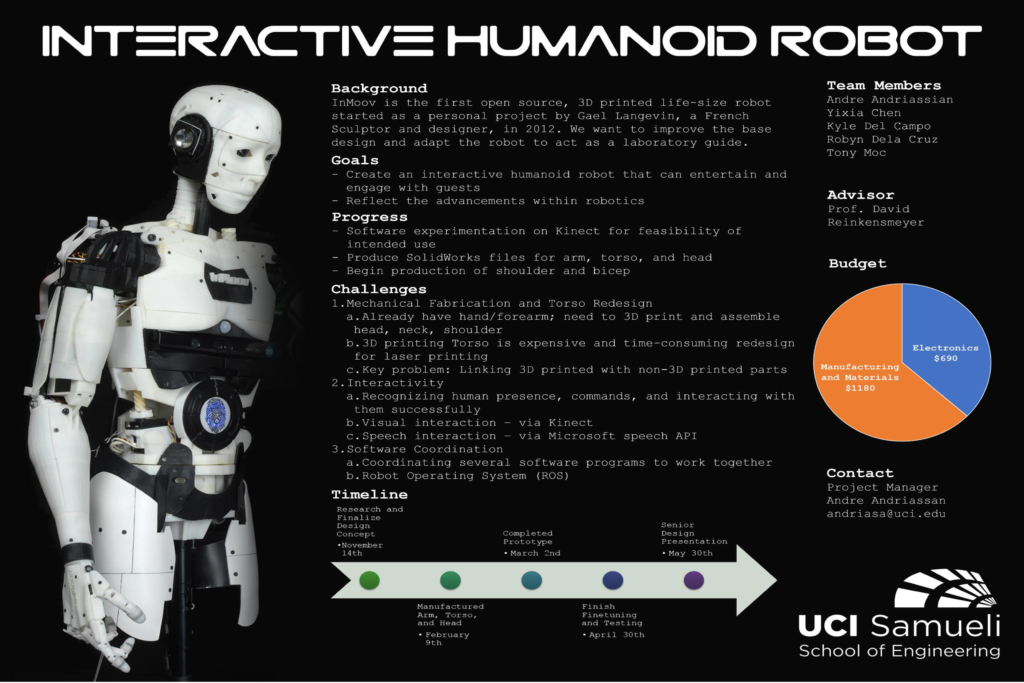 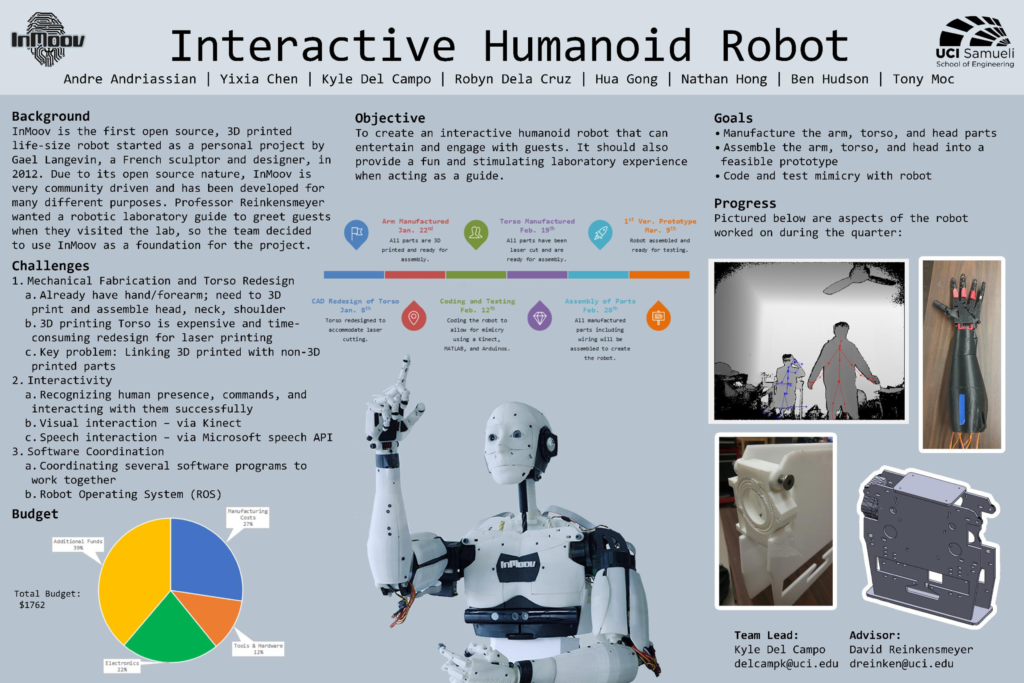 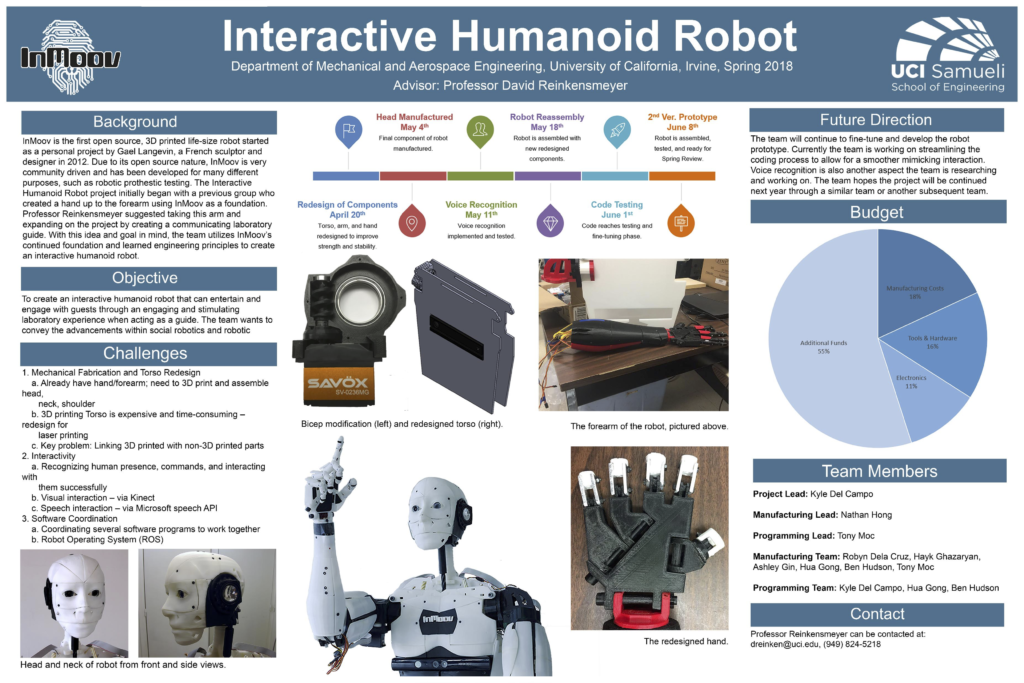 InMoov is the first open source, 3D printed life-size robot started as a personal project by Gael Langevin, a French sculptor and designer, in 2012. Due to its open source nature, InMoov is very community driven and has been developed for many different purposes. The Interactive Humanoid Robot project initially began with a previous group who created a hand up to the forearm using InMoov as a foundation. Professor Reinkensmeyer suggested taking this arm and expanding on the project by creating a laboratory guide. With this idea and goal in mind, the team utilizes InMoov’s continued foundation and learned engineering principles to create an interactive humanoid robot.

The project’s objective is to create an interactive humanoid robot that can entertain and engage with guests. It should also provide an engaging and stimulating laboratory experience when acting as a guide. This experience is conveyed through the robot mimicking its user and through reacting to certain spoken phrases by voice recognition. The team wants to convey the advancements within social robotics and robotic entertainment.

We want to re-purpose the robot to act as a laboratory guide within Prof. Reinkenesmeyer’s lab. To do this we have 3 main challenges to overcome when designing and building the robot:

Because the project is reproducible with a simple 3D printer, the robot is a platform for development and robot learning. Its potential is limitless with our project being one of the many things robotics can achieve, and we also become part of the open source community that was started to advance Gaël’s idea. Our project only furthers the research within the booming industry of robotics. 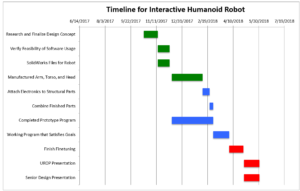 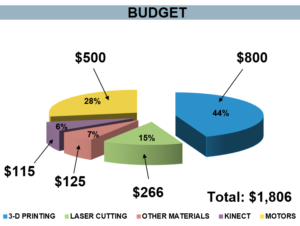 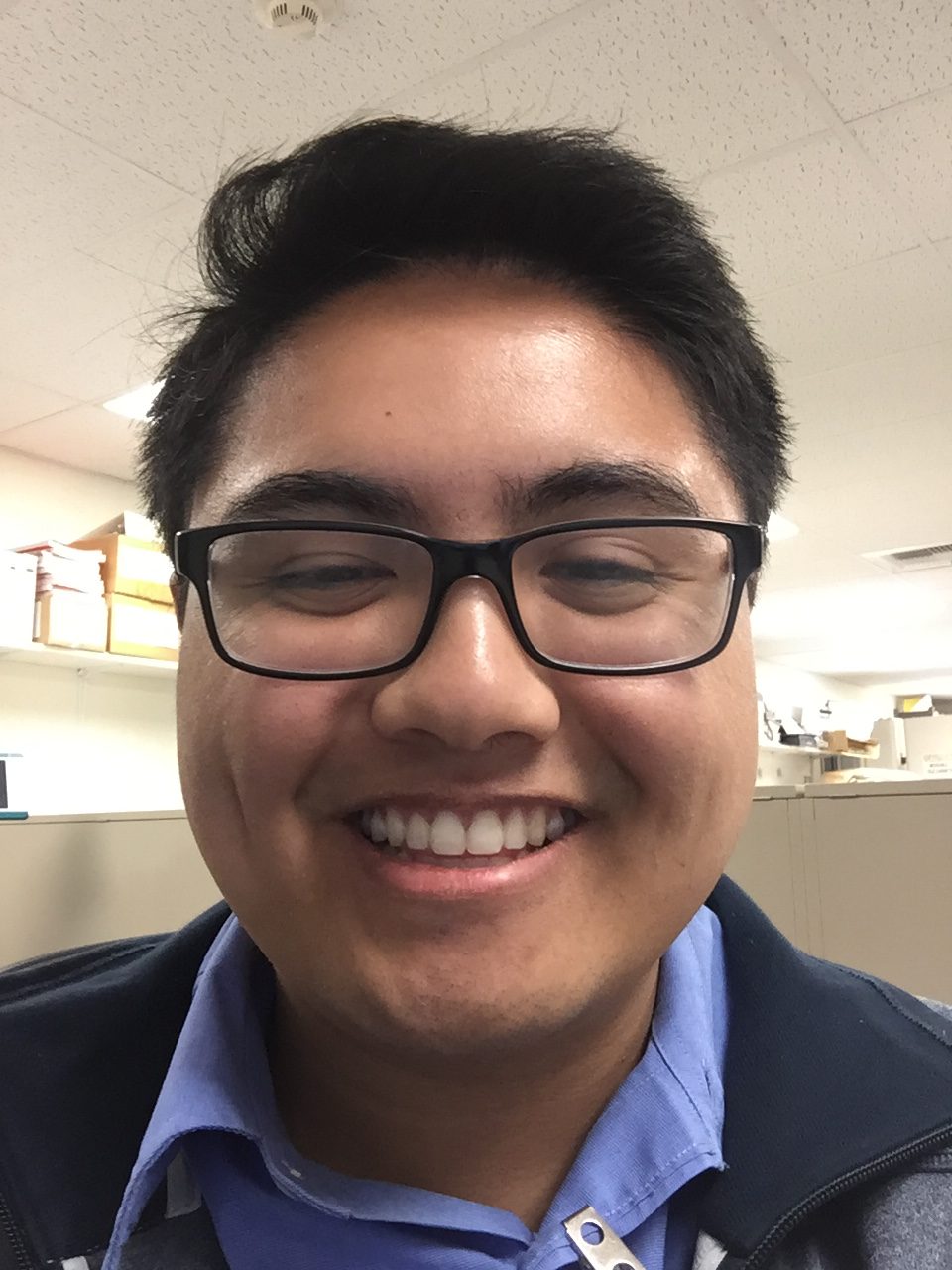 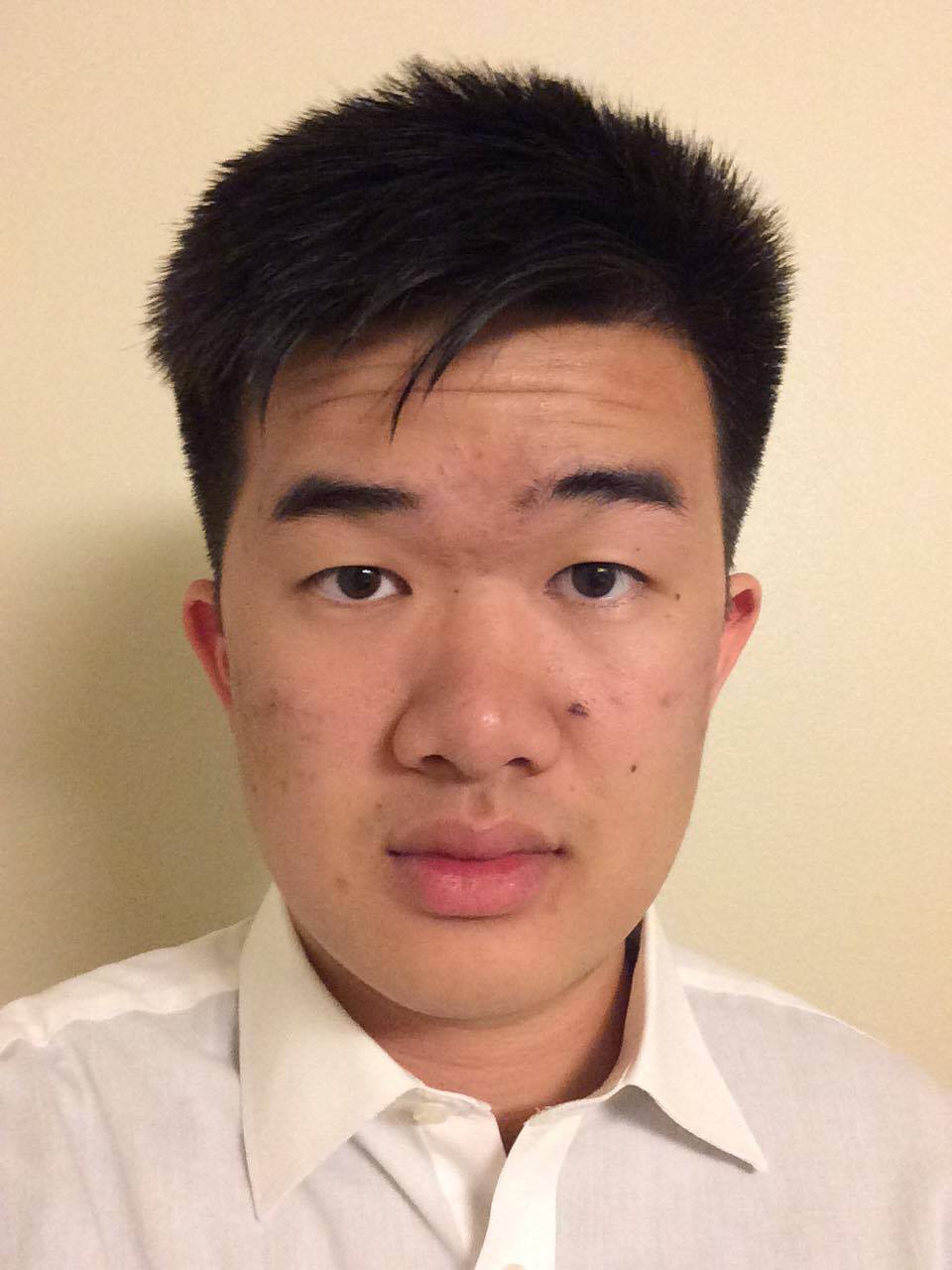 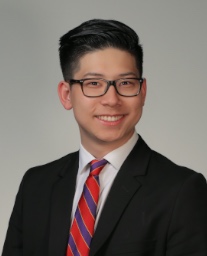 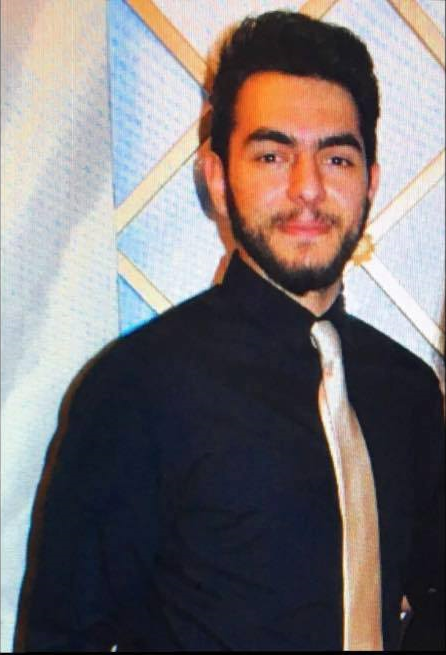 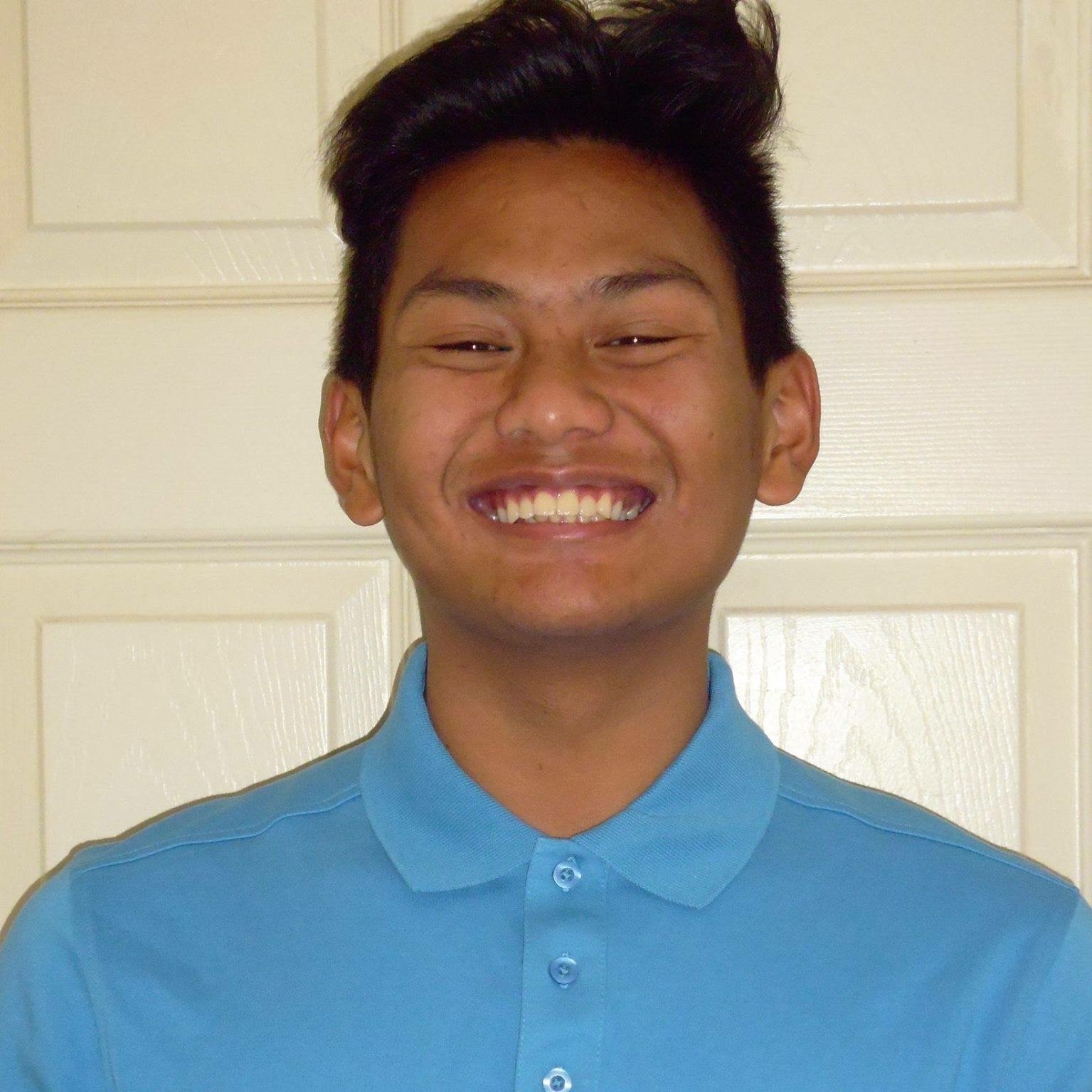 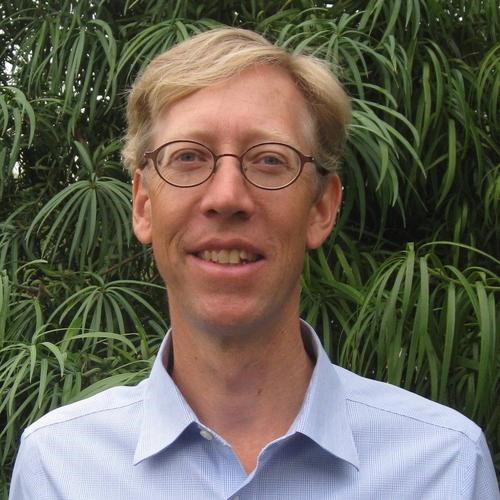