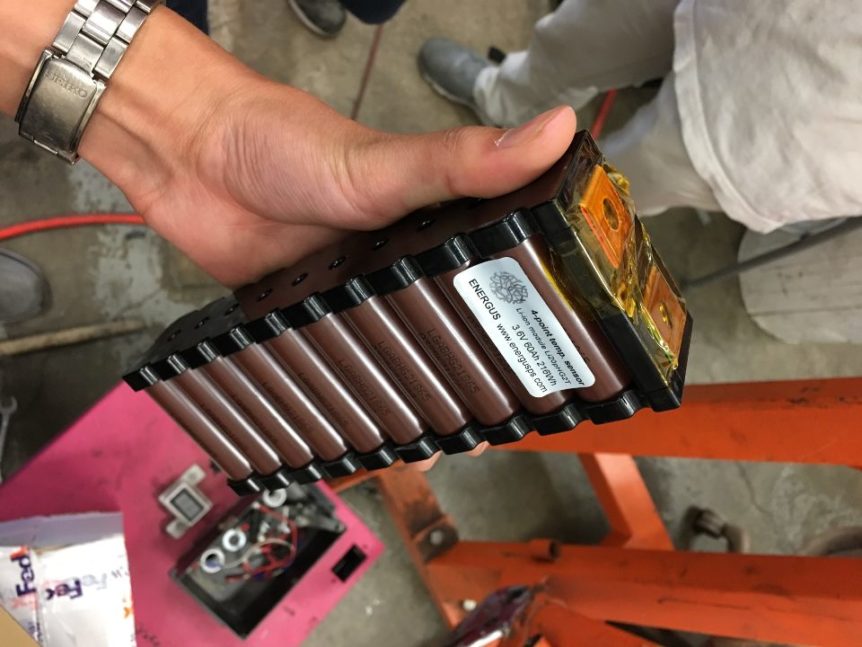 Our new lithium-ion batteries have finally arrived. Up until this point, we have been using heavy and relatively inefficient LiFePO4 cells to store energy for the car. With the new lithium-ion batteries, we can reduce the weight of our battery box by almost 100 lbs while maintaining similar performance to the LiFePO4 cells. This weight reduction is from a number of factors, the lithium-ion batteries are more power dense, so we need fewer cells to achieve the same power. Fewer cells also means the battery box needs less material and will handle fewer forces. These new batteries are a major upgrade to the car, and significantly improve the speed and performance of the racecar.

Now that these batteries have arrived, we are very close to our goal of a “tech ready” car. We expect to begin testing next weekend and to completely finish manufacturing by the end of the month.